The $225 million, 42 MW Plainfield Renewable Energy Power Plant in Plainfield, CT was, at the time of it’s completion, the only plant of its kind in Southern New England using wood based fuel to operate it’s biomass power generating facility. Manafort served as the Prime Civil, Utility, and Concrete Specialty Contractor on this project. 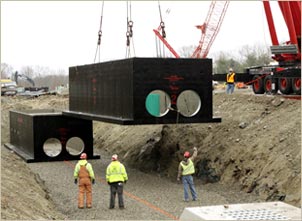 Manafort self performed nearly all of it’s scope of work while also working closely with the entire project team under a very aggressive project schedule to coordinate and support a safe, successful, and on time completion of this facility.